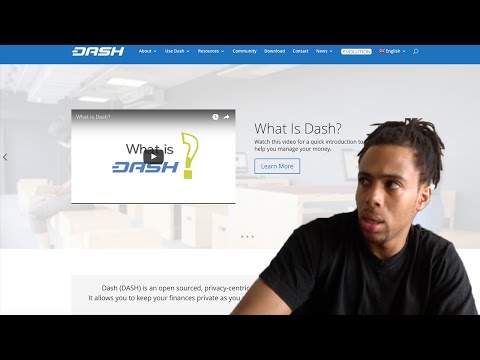 Every cryptocurrency owner should be aware that there is the possibility their identity and activity once considered perfectly secure may be revealed/ de-anonymized at some point.
Since decentralized Bitcoin cryptocurrency came into existence in 2008, people have been hoping that fast convenient and anonymous money not controlled by anyone would be used. Indeed, promising revolutionary ideas and technical solutions at the time were embedded in the Bitcoin concept. Today Bitcoin is the most popular cryptocurrency throughout the world. It carries a reputation for allowing users to operate in the shadows, but is Bitcoin completely anonymous? Almost a decade after its introduction, no additional anonymity mechanisms were implemented in Bitcoin.
The most important anonymity principle of cryptocurrencies is not only impersonality of a cryptocurrency wallet but also an impossibility of tracking connections via blockchain.Bitcoin, unlike a common bank account, provides its users with an opportunity to become a system member and manage financial resources regardless of anyone. An impossibility of blocking or confiscation of funds from an owner's wallet is a crucial advantage of decentralized cryptocurrencies.
However, the anonymity provided by Bitcoin is rather vulnerable. As well as the majority of well-known cryptocurrencies it is tied to distributed blockchain technology, which records every transaction and traces them back to their origin.
In other words, a privacy form which today is offered by Bitcoin, is confined to pseudo-anonymity: an individual is represented by an alias in a blockchain. Anyone can create a new and completely random Bitcoin address at any time, without the need to submit any personal information to anyone. However, this does not guarantee that connections cannot be revealed. When any payment is executed, its amount, remaining credits and all the previous and following transactions of the participants become available to everyone. Until the link between an analyzed address and a real identity is established, this information is abstract. But once an interaction with real world takes place (for example, IP-address, stock account, delivery address, etc. is identified), transaction history of a particular person can be definitely tracked. Moreover, there are other methods used for deanonymization, namely taint analysis, cluster analysis and volume analysis.
Therefore, the problem that every Bitcoin owner faces is that this cryptocurrency, as well as many others, is pseudo-anonymous rather than anonymous and lacks privacy. If you are interested, please stay tuned and in the next posts we'll discuss defenses against deanonymization attacks.
Jambler.io - Bitcoin's anonymity is our business

Today on August 27, 2018 - we are pleased to announce the launch of MixTum.io - a Bitcoin mixer, which really allows you to protect your privacy.
It is a brand new project, but it's based on proven technologies. We use ‘Bitcoin Mixer 2.0’ algorithm to shuffle bitcoins. Unlike most classical mixers we don't mix your BTC's with others (cryptocurrency from other users) in the same pot. Moreover, we even do not use two or more pots for that. MixTum.io works in a different way and eliminates the risk of shuffling your bitcoins with some which might be of a questionable origin. And this makes our approach special. To put it simple, we exchange your bitcoins with those which we purchase from cryptocurrency stock exchanges, verify them with scoring system, and by means of innovative algorithms we outwit most of well known deanonymization technologies, like blockchain volume analysis, cluster analysis, taint analysis, etc. As a result, your privacy is at no risk, because you receive your bitcoins in various independent parts at random time intervals and to,if needed, at the different addresses and, so they have no connection to you.All this makes our approach totally different.
As it is common to the cryptocurrency market we offer both Clearnet and Tor versions. We require no registration and we store no logs. All the transactions are digitally signed with letters of guarantee. You can always check them with a PGP fingerprint published on MixTum.io. Our tech support is 24/7.
---MixTum.io - Because your privacy really matters!
Clearnet: https://mixtum.io/E-mail: [mixtum_[email protected]](mailto:[email protected])

Why Cryptocurrency Should be Banned

The Argument Against Proof of Stake (PoS) by Michael Stollaire

This fungibility feature of Bitcoin transactions has been part of Bitcoin’s design since the very beginning, but its privacy implications were explicitly pointed out by different contributors only later on. Finally, in 2013, the label CoinJoin was created by Gregory Maxwell, to refer to the best practices a bitcoin wallet should implement in order to fully leverage such preexistent internal ... We apply an innovative algorithm, Bitcoin Mixer 2.0, to uplevel anonymity and money mixing in comparison with classic mixers. The main advantage of our service is that all the funds returned to you after a mixing procedure are verified coins from cryptocurrency stock exchanges having an undoubtedly positive history. Stock addresses never hide their intent of jump-and-dump. The surprises are: the majority of the users show weak concerns on anonymity. One can easily ﬁnd both hot and cold wallet addresses owned by big organizations. I. INTRODUCTION When Satoshi Nakamoto ﬁrst introduced Bitcoin blockchain technology [1] to the world in January 2009, the twin radical components of Bitcoin have afﬁrmed ... Bitcoin Mixer 2.0 applies an innovative algorithm, which is totally different from the approach of classic mixers. We replace your crypto coins with verified coins from European, Asian and North American Bitcoin stock exchanges. It significantly increases anonymization level and reduces a risk of getting cryptocoins of a doubtful character as in classic mixers. Bitcoin.com. Bitcoin.com is one of the oldest Bitcoin wallets in the world. The company’s wallet can be downloaded in Android and iOS platforms. Bitcoin.com has never been involved in any cybersecurity issues. It also has an exchange where you can buy and sell Bitcoin from other users. The main challenge with Bitcoin.com is that it does not ...

Sixth lecture of the Bitcoin and cryptocurrency technologies online course. For the accompanying textbook, including the free draft version, see: http://bitc... Next Video: Free ka maal Website 3 Namaste bhailog and behne. Bitcoin Baba aapka welcome karta hai. Earn $10 EVERY DAY after 10-15 days by just compounding your cash balance HEXXO- INTELLIGENT WAY ... Recently, researchers have demonstrated deanonymization attacks that exploit weaknesses in the Bitcoin network's peer-to-peer (P2P) networking protocols. In particular, the P2P network currently ... "Deanonymization and linkability of cryptocurrency transactions based on network analysis" presented by Sergei Tikhomirov at EuroS&P 2019 in Stockholm, Swede... Dash (DASH) is a privacy-centric digital currency with instant transactions. It is based on the Bitcoin software, but it has a two tier network that improves it. Dash allows you to remain ...