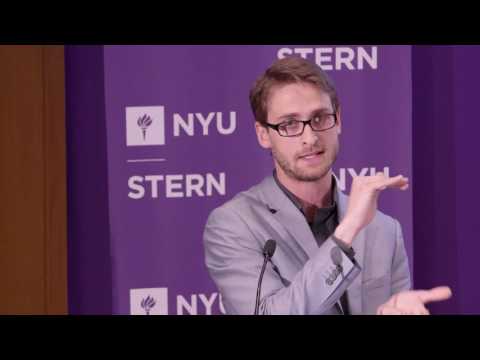 An analysis of BTC fundamentals

Disclaimer: This post is not an endorsement to either buy or sell Bitcoins. I am simply attempting to outline the reasons why there is inherent value in Bitcoins, as well as the risks that come with investing in a crypto-currency. In full disclosure, I personally own and use them, but only a very small portion of my overall portfolio which I would be ok if BTC went to 0 tomorrow.
Purpose: I’ve been seeing a lot of doom and gloom (as well as irrational exuberance) in a lot of posts lately, and a lot of people saying this or that with no evidence or fundamentals to back up their claims. So I wanted to put my thoughts and experiences [more about me below] out there in the hopes that people actually serious about utilizing Bitcoins (BTC from here on) might find this information helpful, as well as to connect with and solicit thoughts from anybody else that’s done research on the future of BTC. Also mods: I searched through old posts and the FAQ but couldn’t really find anything like this, so let me know if there is a more appropriate place to post this. I can also add hyperlinked sources to this to make it a reference document if there is interest.
Summary/tl;dr: The fundamentals underlying the intrinsic value of Bitcoins haven’t changed. In fact, they continue to improve day-by-day, as merchant and user adoption increases. As long as this trend continues, and certain risk factors - see below - are minimized, BTC will eventually become widely accepted as a currency.
That being said, you should never “invest” more money than you are willing to completely lose, or money that you would otherwise need for living expenses. Otherwise, you are gambling. (I put “invest” in quotes because I believe BTC are currently far too speculative to be considered an “investment.” This may change in the future, but the technology is still so new, and there are so many unknowns, that it should not be considered anything more than a speculative investment at this point.)
This has happened before and it will happen again: This week hasn’t been good for those holding Bitcoins. In fact, if you invested in BTC anytime in the past year, I’d say it’s been a pretty shitty year, period. But the thing is, we’ve seen this type of thing in financial markets before, almost exactly to a t, and how they tend to play out. There have been various bubbles of all shapes and sizes throughout history, and the run-up in prices earlier this year, was no exception. However, unlike the critics, I believe BTCs are different, as there is significant intrinsic value in the BTC network and BTC as a value store - which I outline below.
I also think it’s useless to speculate about the direction of BTC in the short to medium-term (I would argue the price adjustment has been a good thing for the long-term), so to me the only meaningful way to analyze what’s going on is to examine the fundamentals (apologies if a lot of this is basic, but I wanted to cover all the key points as I saw them):

So I’ve briefly outlined above some pretty clear reasons why there is inherent value in BTC, and the reasons why I personally am optimistic about the long-term future and will continue to use them. That being said, I’ve also identified several primary risk factors that worry me as a long-term investor, ones that all holders of BTC should be aware of. Please, if you know or can think of any others, reply or PM me so I can add them to this list:

I could go on, but those are the major value and risk factors I see. If you have anything to add, please feel free.
So, in the context of everything I said above, I’d like to talk about what happened this week in particular:
I believe this week’s price movement (as of me writing this, has been a 25% drop) is a result of several factors:
And that’s it. That’s all I can find about Bitcoins in the news. The value fundamentals I listed have not changed one bit, and if anything, the rate of user adoption has increased as more people are learning what it is.
Which is why I’m excited about the future of BTC. It’s a product that I use and like, and see tremendous value for. This week’s sell-off just means I can buy more.
About me:
In a past life, I was an equity research analyst responsible for due diligence, fundamental/technical analysis, and making recommendations to the PM on which stocks a certain mutual fund should buy or sell. This meant reading through a lot of annual reports, financial statements, 10-K, 10-Q, shareholder calls, etc… My primary influences were Warren Buffett, Philip Fisher, and Ben Graham. If you recognize these names, you’ll probably guess that I was a value investor1 , and you’d be right. The fundamental premise behind value investing, for those that don’t know, is that you can find companies that are trading at a discount to their “true” intrinsic value, and thus can make money by buying the stock at a low price and selling when the market has realized the fair value of the company and the price has subsequently gone up. This is essentially how Warren Buffett built Berkshire Hathaway and became the world’s richest man (for a short period); his strategy has since greatly evolved, but this was the core philosophy he used for a long time.
1 Utilizing this strategy, our fund bought a significant stake in AAPL when the price per share was less than the amount of cash per share the company currently held (split adjusted something like ~$2 per share when we bought). It hasn’t all been a bed of roses, we’ve made some not-so-great investments, but that’s a story for a different time :)
Edit: Paragraphs within bullets? How do you do them?

Any new technology typically requires a 10X benefit over existing technology to gain widespread adoption, if there is already a similar product available (example: autonomous cars vs normal cars). Current transaction costs using credit cards of the order of 2-3%. To use bitcoins, currently I think the transaction costs (frictional costs of knowing how to use bitcoins, exchanging USD for bitcoins, getting apps to store your bitcoins, knowing how to store your keys safely, finding merchants who are willing to accept bitcoins) etc are pretty high, way more than 2-3% for a normal transacation.
I know that bitcoin transactions are supposed to be free. But from a consumer point of view, even though I maynot be paying in $, I am paying a lot more in time to learn about these new technologies.
Potential use cases:
Do you think that we will see widespread consumer adoption in these use cases rather than in the mid-segment, where there is neither a lot of volume or a lot of cost savings to justify investing in bitcoins?

Skip navigation Sign in. Search Firstly, thanks for watching I appreciate your support! Please like, share and subscribe for more crypto news! 🔔 Did you enjoy this video? SUBSCRIBE for more... get free lala token new upcoming cryptocurrency Airdrop link:- https://tokensale.lalaworld.io/regist... DAOHUB link to get your DAO Tokens: https://daohub.org/ You can buy with Ethereum, BTC, other cryptocurrencies or USD, EUR, and more. Pay attention, never tr... Thomson Reuters Bitcoin hit a fresh record high of $4,710 a coin on Thursday morning. Currently, the cryptocurrency trades up 2.38% at $4,704 a coin. Thursday's advance caps off a big month for ...